Random fun things: There’s so much cheese!!! There are many talented musicians here and I’m so privileged to be able to jam along with them! 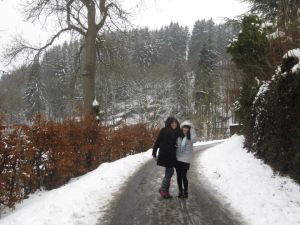 I’ve only been in France for 1 week, but the Lord is already revealing many things and I’m really excited to journey these couple of months in France with Him! He’s the Alpha and Omega, and the firstborn from the dead!

1. The spiritual atmosphere in France

2. God’s work in this country and His heart for the people

3. The blessing of student ministry

Will keep you all updated! Love and blessings, Kristen 🙂