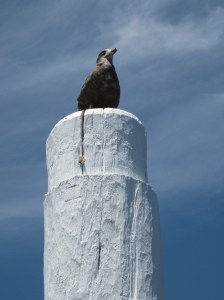 When I look at Jeremiah, I am amazed at the strength of his faith and boldness in God. Here is a young man who sets his heart to fear only God, to speak the truth as God commands, even when men want to hear lies. Jeremiah was witness to the Babylonian capture of Israel, and he saw, many times, the effect of obedience and disobedience to God’s word. The word of God went out, His word did not fail, and there was a call to respond – to hear and obey, or deafen ears for temptation’s sake.

Who was Jeremiah and when did he live? Jeremiah was the son of Hilkiah, and a descendent of priests living in Anathoth, in the land of Benjamin. He spoke the word of the Lord from the thirteenth year of King Josiah’s reign in Judah until the Babylonian capture of Jerusalem in the eleventh year of King Zedekiah’s (son of Josiah) reign in Judah. 2 Kings 22-25 details this time period:

Jeremiah saw the reign of these kings, but through all the violence and war, God kept him safe. Despite the fall of Jerusalem, Jeremiah had hope because God had revealed to him his promise of restoration. Though men did not always listen to him, God did, and the word of God was more precious to Jeremiah than the praises of men.

In the call of Jeremiah, we see a glimpse of his heart and of his character. First, the Lord confirms His desire for Jeremiah to rise as a prophet, saying:

“Before I formed you in the womb I knew you; Before you were born I sanctified you; I ordained you as a prophet to the nations.”

God is very certain of what He is telling Jeremiah. It is not a mistake, it is a God-appointed purpose. Jeremiah mentions that he is only a youth, but God affirms him once again saying:

“Do not say, ‘I am a youth,’ For you shall go to all to whom I sent you, And whatever I command you, you shall speak.”

God then gives confirmation of the authority He places on Jeremiah:

“Do not be afraid of their faces, For I am with you to deliver you… … Behold, I have put My words in your mouth. See, I have this day set you over the nations and over the kingdoms, To root out and to pull down, To destroy and to throw down, To build and to plant.”

At this point, God puts forth His hand to touch Jeremiah’s mouth. It is a personal touch from God who says, I am with you in this and I want to you partner with me, to be involved with what I am doing. Age doesn’t matter – what does matter is the heart. Twice, God asks Jeremiah – “What do you see?” Jeremiah answers honestly and says exactly what he sees – an almond tree, then a boiling pot, facing away from the north. He does not attempt to give am explanation to these pictures, but simply answers the question God asks him. God then gives explanation to the pictures. This happens again and again throughout the book of Jeremiah. God speak, Jeremiah delivers the message without alterations, and God gives the explanation.

This is what I see in the preparedness of Jeremiah to be an agent of God:

As we see the journey of Jeremiah from this point, it is clear that he made a choice to follow God’s leading. He said yes to God, and he took hold of those words which were spoken to him concerning his calling. In all the situations he faced, Jeremiah showed an unwavering loyalty to His God and Lord, and God also showed faithfulness to Jeremiah in all He had spoken to Him. 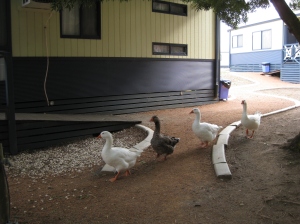 Jeremiah understood the things that were coming, not just on earth, but after he had passed from the earth. In Jeremiah 16, Jeremiah is commanded not to take a wife, and told he would not have sons and daughters on earth. This was in the context of the coming capture of Jerusalem by Babylon – when “the voice of mirth and the voice of gladness, the voice of the bridegroom and the voice of the bride” would cease. So, Jeremiah effectively stood alone, and boasted solely in the Lord. He didn’t have a multitude of descendants to boast of. God was his treasure, and God was his inheritance.

With Questions and Answers

The life of a prophet is not always easy. In fact, it is riddled with persecution, doubts, and loneliness. Jeremiah had questions, and at times, he fell into despair. Yet, he came to God with his questions and with his feelings. He had an open, honest and constant relationship with God, and God spoke to him. Here are some times when Jeremiah poured out his soul to the Lord:

Though Jeremiah did not always understand the purpose of everything, he understood that God was good, that God was righteous and that God was approachable. Jeremiah asked, and God answered. Jeremiah cried out to God, and God lavished his love on Jeremiah. Jeremiah trusted in God’s way, and God revealed to him the mysteries of his path. 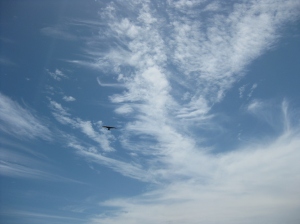 In the midst of his despair, Jeremiah proclaims these words in Jeremiah 15:16 –

“Your words were found, and I ate them, And Your word was to me the joy and rejoicing of my heart; For I am called by Your name, O Lord God of hosts.”

In the same we, we find our purpose in God! His word is unfailing – all his promises, the love that He has for us, his heart of mercy and salvation. As Romans 8:35 says, “Who shall separate us from the love of Christ? Shall tribulation, or distress, or persecution, or famine, nakedness, or peril, or sword?” No, none of these things can overcome us when we stand upon the solid foundation of God’s word, and what joy and sustenance this gives! Psalm 119 gives us some of the qualities of God’s word. It is described as giving:

In order to receive these benefits from God’s word, we need to, first know His word. Jeremiah spent time with God, recognising, hearing and responding to God’s word. If we do not spend time with God, how will be recognise His word? If we recognise His word but do not respond, what use is His word? Jeremiah spent time in the presence of God. He was familiar with the heart of God, the eternal, majestic and righteous aspects of His character, and lovingkindness towards all men. That is why Jeremiah recognised the voice of God, and could discern false prophecy. Jeremiah not only recognised the voice of God, he also listened to God’s full message, asked questions when he needed, trusted in the word of God and responded.

Knowledge of God’s Authority, Submission to His Will

Knowing the character of God, and hearing his word were just the beginning. Jeremiah was also obedient to the word of God. This took form in various ways:

In the Boldness of Jeremiah

In order to be bold for God in the midst of a world that despises Him, we need the following:

Jeremiah stood firm on God’s word despite the disobedience and persecution of the world around him. He made a decision to say yes to God, even when those around him turned away. He invested in relationship with God, though those around him choose to trust in other things. God upheld not only Jeremiah’s life, but gave him joy and rejoicing even in the darkest times. Jeremiah knew a purpose bigger than himself. He lived for the glory of God, and this glory was given to him also, as God’s presence in the life of Jeremiah was evidenced.