After offering these comparisons, Jesus asks His disciples, “Have you understood all these things?” When they say “Yes”, He continues with one more comparison – (v.52)

“Therefore every scribe instructed concerning the kingdom of heaven is like a householder who brings out of his treasure things new and old.”

The NIV version of the Bible states the same verse like this:

“Therefore every teacher of the law who has been instructed about the kingdom of heaven is like the owner of a house who brings out of his storeroom new treasures as well as old.”

In the comparisons of the Kingdom of Heaven (mentioned before) that Jesus gives, a few things are common:

There is so much to talk about when it comes to the Kingdom of Heaven, even in just these short descriptions. I see how the emphasis in these descriptions is not the group, but the individual. Jesus also describes the fruit of His Kingdom, and this is useful because it helps us recognise what is and is not of Him.

Why the pause before Jesus gives the last example? The last comparison speaks directly to us as individuals, those who have been instructed about the kingdom of heaven. By instructed, it means we understand and put into practice what we know about the kingdom of heaven. These, Jesus says, are like householders or house owners. What could be we householders or house owners of? Jesus says, we are householders of treasure, or a storeroom of treasure from which we bring both new and old. This makes me think of a few verses:

So then, we are home owners of our heart and where our heart is, there our treasure also is. God’s heart is for us and we are His treasure. Christ was given unto death and raised to life so that we could be restored to relationship with God! Ephesians 1:3-4 says this, “Blessed be the God and Father of our Lord Jesus Christ, who has blessed us in the heavenly places in Christ, just as he chose us in Him before the foundation of the world, that we should be holy and without blame before Him in love…” When our hearts are in Christ, our heart is where God’s heart is, and our treasure is His very being – a storehouse of immeasurable revelation of His love, His character and His desires.

“He had brought me to the banqueting house, And his banner over me is love. Sustain me with cakes of raisins, Refresh me with apples, For I am lovesick.”

In Isaiah 55, the Lord promises abundance for the souls of those who hunger and thirst. In Song of Songs, we see some of what it is like to enter the Lord’s banqueting hall. His banner over us is love and from this love, we are sustained with raisins (old testimonies) and refreshed with apples (fresh revelation). We need both the raisins and the apples! With raisins alone, we can become stuck in the past, never able to move forward and row more in our knowledge of God. With apples alone, we can become dangerously disengaged with His uncompromising truth. From our storeroom, filled with treasures in God, we bring forth both old, and unforgettable testimonies, as well as new revelation. We bring these both as worship to God, and witness to the world of His Kingdom.

“And no one puts new wine into old wineskins; or else the new wine bursts the wineskins, the wine in spilled, and the wineskins are ruined. But new wine must be put into new wineskins.”

This verse is given in the context of people questioning Jesus about why His disciples were not fasting when the disciples of John, and the Pharisees were fasting. Jesus explains a few things – they were not fasting now because the bridegroom was here, but when he was taken away, then they would fast. This speaks about recognising the time, and being shaped to hold new revelation. If we are not prepared for the new, that revelation will not take root, but will be missed and we will be in ruin.

Finally, actually being a home owner and taking on the responsibilities that come along with this, has taught me some things about building with God.

[1 Corinthians 3:11] – “For no other foundation can anyone lay than that which is laid, which is Jesus Christ. Now if anyone builds on this foundation with gold, silver, precious stones, wood, hay, straw, each one’s work will become clear; for the Day will declare it, because it will be revealed by fire; and the fire will test each one’s work, of what sort it is. If anyone’s work which he has built on it endures, he will receive a reward. If anyone’s work is burned, he will suffer loss; but he himself will be saved, yet so as through fire.”

[Philippians 3:12] – “Not that I have already attained, or am already perfected; but I press on, that I may lay hold of that for which Christ Jesus has also laid hold of me.”

[Matthew 12:43-45] – “When an unclean spirit goes out of man, he goes through dry places, seeking rest, and finds none. Then he says, ‘I will return to my house from which I came.’ And when he comes, he finds it empty, swept, and put in order. Then he goes and takes with him seven other spirits more wicked than himself, and they enter and dwell there; and the last state of that man is worse than the first. So shall it also be with this wicked generation.”

[Ephesians 4:11-12] – “And He Himself gave some to be apostles, some prophets, some evangelists, and some pastors and teachers, for the equipping of the saints for the work of ministry, for the edifying of the body of Christ…” 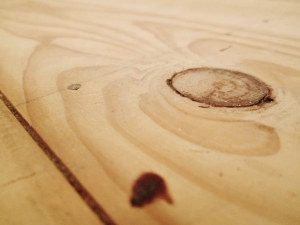 [Psalm 18:19] – “he also brought me out into a broad place; He delivered me because He delighted in me.”