While I studied Job, my husband reflected on what God says about suffering, reading through a different passage of the Bible. He shares his thoughts below: 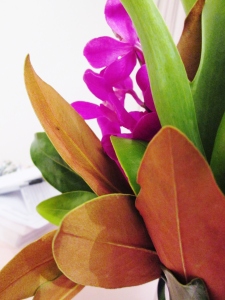 Medicine teaches us that illnesses have a strong genetic factor, both in physical, and mental health. One common example is cystic fibrosis where the defect in the CFTR gene causes increased viscosity of secretions, with significant effects in the lung, gastrointestinal tract, fertility, and subsequently increased mortality. Another common example is mental health where depression, bipolar, and schizophrenia have strong links in genetics, although there are also other factors such as recent stressors and neuroendocrine causes. Developing research is looking at epigenetic causes of diseases – where activation and suppression of different genes through decisions made in a parent’s life may then be passed on to their children. It is research that links illness in parents to illness in their children. So, who is to blame for disease? The parents? The children’s lifestyle? If we have a family member with an illness, are we genetically predisposed to it?

This question was asked in Jesus’s time but in a different way. Sin was thought to be the root of disease, accounting for a strong family history of suffering in people. Several books in the bible debunked the myth that sin was linked to suffering, such as the book of Job. However, it is clear that sin was still thought to be linked to suffering. Jesus’ disciples saw a man that was blind and asked Jesus, “Rabbi, who sinned, this man or his parents, that he was born blind?” [John 9:2] The root of this question, asked in such an intellectual way, was meant to satisfy curiosity. It was a question of intellect and not of the heart. Who sinned? Was it the man or his parents who has drawn the consequence, or punishment of his blindness? There was no third possibility. What caused the suffering? Who was to blame, and who would have to repent in order to fix it? In the same way, the question of our modern day is whether heart disease and mental health are primarily caused by genetics from parents, or from the lifestyle of affected children? Who should we target to fix the disease? 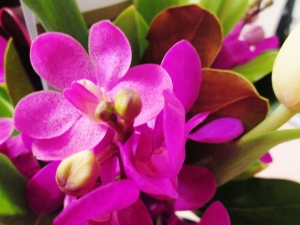 Jesus replies to the question posed about the man’s blindness in an unexpected way. He says:

“Neither this man nor his parents sinned … but this happened so that the works of God might be displayed in him. As long as it is day, we must do the works of him who sent me. Night is coming, when no one can work. While I am in the world, I am the light of the world.” [John 9:3-4]

He subsequently spits on the ground, makes some mud, puts it on the man’s eyes, and asks him to wash it in the Pool of Siloam. The man obeys and comes back seeing. The rest of the chapter revolves around the Pharisees asking who healed this man, and searching for the answer. In the end, they throw the man out of the synagogue because he testified that Jesus had healed Him.

The disciples asked the question of where suffering comes from so that they could fix it. Jesus rejected sin as the sole direct cause of suffering, saying instead that through the blindness and suffering, God could be glorified in the man. 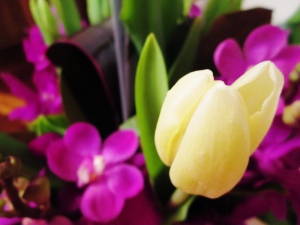 Are we asking the right question?

We need to be focussed and intentional in our mission. Otherwise, our lives will be wasted in pursuit of the wrong things. We need to ask the right question. We need to pursue the right things in this world, things that are in line with God’s desires and God’s will. Tough situations will hit us sometime. We will be in want of finances, possessions, relationships and other things. In every situation, whether good or bad, we can ask the question, “Why did this happen?” However, the question we should focus on is, “How can I glorify God in this situation?”