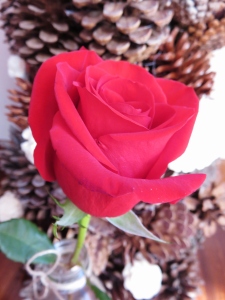 In the last couple of years, I have seen the Lord grow my understanding of worship. Many years ago, I remember sitting at the piano, preparing for a service, and asking the Lord a few things. I wondered about memorising music, putting effort into preparation for worship sets, and about how to better lead the congregation in worship. At the time, God said, “Give me what you have, and I will work with it.” God worked in amazing ways as I sought to declare His promises over His church. I gave Him the basic musical skills I had, my creativity, and my heart to see people draw closer to Him in worship. He never failed to appear and He always encouraged me greatly with the things He showed me He was doing. I felt God also promised that He would grow me in my musical ability, that He would provide opportunity for me to be trained up. Many years later, I am seeing these promises fulfilled and it is an incredible journey.

First, God took me to a new church. He broke down my assumptions and gave me a new mindset. The first lesson I learnt was humility. I loved the way the worship team honored one another. It was shown not only in the way they spoke to each other, but in how each person was diligent to prepare their own parts, how they turned up to practices on time, and how they communicated and were accountable to each other. I loved how there was discussion, sharing, and growing together. I loved how prayer was such a natural, and integral part of the preparation. I loved the boldness and confidence the team had as they ushered in the presence of God.

“Let nothing be done through selfish ambition or conceit, but in lowliness of mind let each esteem others better than himself. Let each of you look out not only for his own interests, but also for the interests of others.” – [Philippians 2:3-4]

One thing God showed me was that when I am on the worship team, I have a responsibility to intentionally involve the congregation and lead them towards God. I had always worshipped the Lord myself and just expected others to follow. Setting an example and entering into God’s presence ourselves is so important. However, part of serving on the worship team is that I intentionally lead the congregation into worship; whether I am leading, or singing, or playing an instrument. I want to call people to –

“Enter into His gates with thanksgiving,
And into His courts with praise.
Be thankful to Him, and bless His name.”
[Psalm 100:4]

As I played second keys on the team, I learnt about fallbacks. My fallback allowed me to hear what everyone else was playing. Later, as I was learning to play first keys, I realised how playing in a different role required a different fallback mix. I needed to hear more of some things, and less of others. If I could only hear myself, and not enough of others, I would play out of time. We all have our own journey with God, our own focus and ministry. Yet, we are one in the body of Christ. Each part has its role. Each person has their role. Each church has their role. Each role is important, ordained by God and useful. The church and the body, set in the foundation of Christ, is much bigger than we think, and God sees the whole picture. We don’t always see, hear or know everything that goes on, but we should have enough in our “spiritual fallback” to be able to do our part well. We need to focus on what God has given us to do, but we also need to be aware of those who are “playing with us” to call forth the kingdom of God.

Playing second keys was a new experience for me. I got used to different sounds that my keyboard made, and I began to understand the role that my instrument played in the progression of the service. When I started out, I just didn’t want to distract people from worship. As I put effort into building my musical skill, I also began to intentionally declare God’s word over the congregation in my playing. I had been so used to singing to God, that I initially found it difficult to worship Him like I was used to because I had to concentrate on what I was playing. However, this also taught me the importance of worship without words – the ministry and the power of the Spirit moving in all that I do, even when I am not verbally proclaiming it. So, I have been practicing playing out proclamation of God.

“And so it was, whenever the spirit from God was upon Saul that David would take a harp and play it with his hand. Then Saul would become refreshed and well, and the distressing spirit would depart from him.” – [1 Samuel 16:23]

All the spiritual lessons I was learning as I played on the worship team made me want to put more effort into what I was doing. God had said, “Give me what you have.” Well, God was giving me more and more, and I wanted to give Him more and more. God deserves my best and my all.

“And whatever you do in word or deed, do all in the name of the Lord Jesus, giving thanks to God the Father through Him.” – [Colossians 3:17] 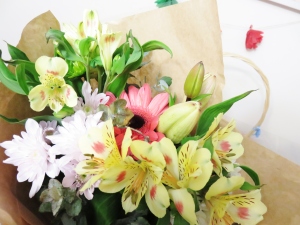 In the last couple of weeks, I had a wonderful victory. I memorised music for the church service and played without the music stand. It actually gave me a greater freedom to worship, and I also felt like I was better able to play over the congregation. Playing without music might not seem like a big thing to some people, but for me, this was a great achievement. I had never played in church without chords in front of me. Furthermore, this was a goal I remember specifically speaking to the Lord about. At the time, I did not know how I would ever achieve it. I tried all sorts of methods and in the end, it took time and familiarity. It was surprised at how easily it happened after all that time of trying. All it took what for me to realise it was possible, and to discover my way of learning. Once I saw the chord pattern/progression being played out on the keyboard, and listened to it, I could memorise it. I had also become more familiar with different key signatures which helped. Trying to rote learn specific chords did not work for me. This made me think of how important it is for me to see what Jesus does, and to listen to His voice. He is my example and I want to follow after Him. Sometimes, we need to just stop and consider God’s ways.

I worship the Lord with all that I am. Wherever I am and whatever I do, it is for His glory. Let my life be a fragrant perfume of worship poured out because Jesus is worth it all, and His beauty captivates me.