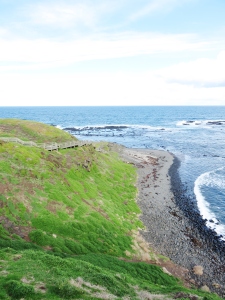 Many times, justice seems to be circumstantial or subjective. While there are certain agreed standards for justice, many issues remain disputed. What is right and just? There is only One whose standard of justice cannot be challenged; that is One in whom there is no fault – Jesus Christ who is the one Lawgiver, able to save and to destroy [James 4:12]. We judge as best we can on earth, but we do not always know or understand everything. We have courts, juries, judges and laws, but innocent people are still incarcerated and those who are guilty still manage to escape. Wars are fought, people take justice into their own hands, there are revolts, petitions, accusations and opinions. People continue to argue about what really is just. We have been given a mind to think, discern and judge, but when we do not know, or do not understand, we need to remember the true author of justice.

“I can of Myself do nothing. As I hear, I judge; and My judgement is righteous, because I do not seek My own will but the will of the Father who sent Me.” – [John 5:30]

God’s judgement of the world back in Noah’s day may seem harsh to us. Were God to do the same thing again, many people would surely be offended. What kind of God destroys the world? Isn’t He a God of love? How would we have responded to God if we were in Noah’s position? The Bible does not tell us how Noah felt when God spoke to him about what was to come. It does, however, tell us how Noah responds to God. From his actions, he must have believed that God would do what He said he would do, and he must have trusted in God’s plan.

Genesis tells us the following things about Noah:

Hebrews 11:7 tells us about the kind of faith Noah had:

“By faith, Noah, being divinely warned of things not yet seen, moved with godly fear, prepared an ark for the saving of his household, by which he condemned the world and became heir of the righteousness which is according to faith.”

That righteousness is one that comes through Jesus Christ, and leads to eternal life with the Father. Because Noah obeyed God in faith, he shared in God’s plan for righteousness and eternal life. We can see the progression and effects of Noah’s decisions unfold in the book of Genesis. 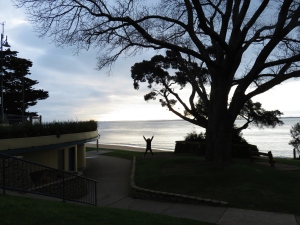 When Jesus walked on earth, many were offended by what He taught about justice. People were unsure if Christ was who He said He was. When John’s disciples questioned Him, Jesus responded by telling them what had been fulfilled in the scriptures – “The blind see and the lame walk; the lepers are cleansed and the deaf hear; the dead are raised up and the poor have the gospel preached to them” [Matthew 11:5). Jesus then ends with this remark:

He challenged human perception of justice with the concept of His grace and His forgiveness. Soon, He will be coming back again. Just as people were offended by Him the first time He came, so many will be offended when He returns again. Jesus tells us what to expect at His coming, and He also notes that many will be offended, and that their love will grow cold. [Matthew 24:10-11]. Just as the earth was corrupt and violent in Noah’s day, so the earth will be filled with lawlessness in the day that Jesus returns. Just as Noah was saved through faith and obedience to God, so those who endure in Christ until the end will be saved.

How can we be prepared for Jesus’ second coming and the judgement God will bring on the earth? Well, we can learn from Noah’s example and stand as “Noahs” in our generation. We can have a “Noah” response to God’s judgement. 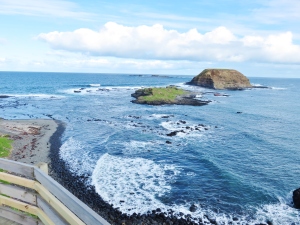 1) We must recognise our divine warning

“Therefore, my beloved, as you have always obeyed, not as in my presence only, but now much more in my absence, work out your own salvation with fear and trembling.” 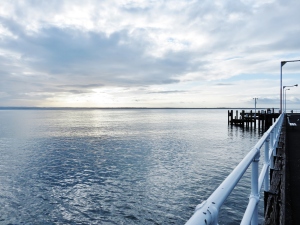 The most important thing I see in how Noah responds to God’s judgement is the way in which Noah sees God. Noah worships the Lord and chooses to follow Him. This demonstrates trust, and a knowledge that God is good. Throughout the Bible, we see many people suffer, yet continue to trust in God. Job is one notable example, and Jesus’ life demonstrates this in eternity. When we see suffering on earth, when we see signs that are the “beginning of sorrows”, when justice seem perverted and innocent people seem to die, how do we see God? Where do we see Him? I want to see God as Noah did – as the author of true justice, a God who loves us, and a God I trust with my whole life. I want to obey all God’s commands, to walk with Him, and to stand for His righteousness through faith in my generation.