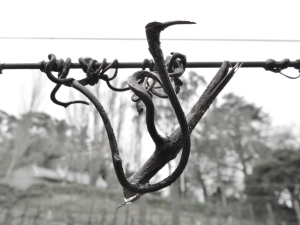 One of the striking themes in the Book of Acts, is the unity of the church and the subsequent impact they have on their society. In the book of Acts, we see how:

The believers meet together regularly

“So continuing daily with one accord in the temple, and breaking bread from house to house, they ate their food with gladness and simplicity of heart, praising God and having favour with all the people.” – [Acts 2:46-47]

They remain committed to living out the gospel

“And they continued steadfastly in the apostles’ doctrine and fellowship, in the breaking of bread, and in prayers.” – [Acts 2:42]

“Then fear came upon every soul, and many wonders and signs were done through the apostles.” – [Acts 2:43]

“Now the multitude of those who believed were of one heart and one soul; neither did anyone say that any of the things he possessed was his own, but they had all things in common. And with great power the apostles gave witness to the resurrection of the Lord Jesus. And great grace was upon them all.” – [Acts 4:32-33]

“So continuing daily with one accord… praising God and having favour with all people. And the Lord added to the church daily those who were being saved.” – [Acts 2:46-47]

“…And they were all with one accord in Solomon’s Porch… And believers were increasingly added to the Lord, multitudes of both men and women.” – [Acts 5:12-14]

In Matthew 24, Jesus gives the church a commission to spread the news of salvation and bring people of all nations into the kingdom of His love. In Acts, there are many mentions of the believers being of “one accord” and this is often followed by an explanation of the signs, wonders, miracles and successes that followed them. The church, united in purpose, glorifies God and ushers in the power of His kingdom. The believers were not blinded by earthly desires, or personal rights, but they had a heavenly focus. This is what allowed them to live in such unity, and to love one another in humility. As Colossians 3:2-3 says,

“Set your mind of things above, not on things on the earth. For you died, and your life is hidden with Christ in God.”

There is great power in love, in God’s love. It fills us with God’s strength and motivates us to action. God’s love unveils His glory and unleashes His power. Biblical fellowship is a manifestation of God’s pure love, and this love strengthens God’s kingdom in the following ways.

1. God’s church becomes the testament of His perfect love.

“No one has seen God at any time. If we love one another, God abides in us, and His love has been perfected in us. By this we know that we abide in Him, and He in us, because He has given us of His Spirit. And we have seen and testify that the Father has sent the Son as Saviour of the world.” – [1 John 4:12-14]

2. The church has boldness, and no fear as she proclaims the message of the gospel throughout the world.

“Love has been perfected among us in this; that we may have boldness in the day of judgement; because as He is, so are we in this world. There is no fear in love; but perfect love casts out fear, because fear involves torment…” – [1 John 4:17-18]

3. The church has victory, through faith, to overcome the world just as God’s kingdom will eclipse the kingdom of the world. 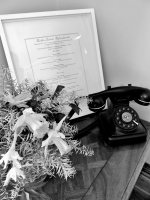 Fellowship binds us stronger than friendship. It is built by love, and for love, by God and for God. It inspires intimacy, and purpose, builds godly character, and testifies of God’s coming kingdom. It binds us together with Christ, to abide in Him, rest in Him, and rely on Him. It is a cord that cannot be broken, because love cannot be broken. It is a power that cannot be conquered, because God cannot be conquered. So then, let us as the church of Christ, be of one mind and of the same love, that we might grow closer to God, stronger together, and cry out for His kingdom – “Come Lord Jesus!”

“Therefore if there is any consolation in Christ, if any comfort of love, if any fellowship of the Spirit, if any affection and mercy, fulfill my joy by being like-minded, having the same love, being of one accord, of one mind.” – [Philippians 2:1-2]