The Easter long weekend has been a time of celebration, a busy time, a time to relax, to catch up on things, to study. It has been many things, but it represents one true thing – the death and resurrection of Jesus Christ, the Saviour of the world, and the Redeemer of our sins. More than just another long weekend, let this Easter be the beginning of a journey to the cross and beyond. Let it be a search to understand and to see more clearly all that Christ did as He walked, lived, died and was raised to life again. Let it be a conversation with God, and let Him speak.

The upper room was where Jesus celebrated His last Passover with His disciples. The Passover, also known to Jews as “Pesach”, is a feast to remember the Exodus from Egypt. Traditionally, it involved eating unleavened bread and a communal retelling of the Exodus story.

In the upper room, Jesus introduced the concept of “The Lord’s Supper”, or communion. The piece of bread symbolised His body, and the wine symbolised His blood on the cross. Jesus said,

“…This is My blood of the new covenant, which is shed for many. Assuredly, I say to you, I will no longer drink of the fruit of the vine until that day when I drink it new in the kingdom of God.” – [Mark 14:24-25] 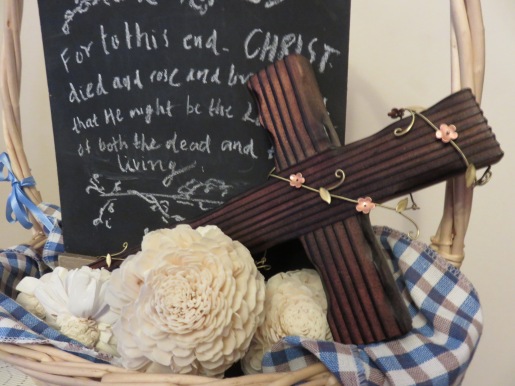 EXPERIENCE: Communion
The next time you have communion, think about what Jesus said – that it is His body and His blood on the cross. What is the significance of Him doing/saying this at the time of the Passover?

The Passover celebrates how Israel was saved from the last plague that swept through Egypt when Pharaoh refused to let the people go. The firstborn of every Egyptian died that night– both man and animal, but the Israelites remained untouched. They had obeyed the word of the Lord to choose a spotless lamb for the household, kill it at twilight, place its blood on the doorposts and eat the meat roasted with unleavened bread. In this way, the Israelites did not share in the plague that swept through Egypt.

In John 1:29, John refers to Christ at “… The Lamb of God who takes away the sin of the world!” Revelation 12:11 tells us that the saints overcome “… by the blood of the Lamb…” Christ, the Lamb of God, was blameless and pure, killed upon the cross, blood sprinkled upon the mercy seat once and for all, that there would be no more death for those who believe in Him [Hebrews 9:13-14]. Christ is the true Passover Lamb. Because of His blood, and His body, we are marked saved from death and shown a way out of sin, and into God’s promised land, where He dwells with us, and us with Him.