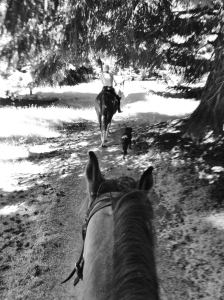 Submission – the word inspires varied perceptions amongst people. For some, it represents weakness before a more dominant or confident person. For others, submission is beautiful, a mark of wisdom and strength. The views are contrary but key lies in who, or what we perceive our submission to be to. A coerced submission is oppression, but a submission of love is service. The first comes from injustice, the second is a voluntary act of love. 1 Peter 2:11 gives us, as Christians, a motive for submission –

“Beloved, I beg you as sojourners and pilgrims, abstain from fleshly lusts which war against the soul, having your conduct honorable among the Gentiles, that when they speak against you as evildoers, they may, by your good works which they observe, glorify God in the day of visitation.”

As followers of Christ, we live lives given fully over to God, as “a living sacrifice, holy, acceptable to God, which is your reasonable service.” [Romans 12:1] When we submit to God, we submit to His ways so our lives reflect His glory. 1 Peter continues, giving some instruction about submission to God when we submit to those in authority on earth- to government, to masters, in marriage and to one another in love.

“Therefore submit yourselves to every ordinance of man for the Lord’s sake, whether to the king as supreme, or to governors, as to those who are sent by him for the punishment of evildoers and for the praise of those who do good. For this is the will of God, that by doing good, you may put to silence the ignorance of foolish men – as free, yet not using liberty as a cloak for vice, but as bondservants of God. Honour all people. Honour the brotherhood. Fear God. Honour the king.” – [1 Peter 2:13-17] 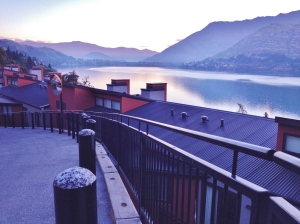 Looking at this passage, there is a description of the authority we are submit to, a God-ordained purpose for this, and instruction about how to submit in a godly manner

“Servants, be submissive to your masters with all fear, not only to the good and gentle, but also to the harsh. For this is commendable, if because of conscience toward God one endures grief, suffering wrongfully. For what credit is it if, when you are beaten for your faults, you take it patiently? But when you do good and suffer, if you take it patiently, this is commendable before God.” – [1 Peter 2:18-20] 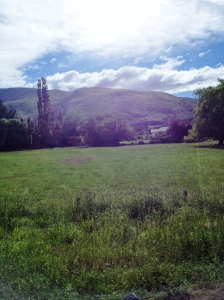 The issue of slavery in Biblical times can be controversial. Yes, slavery was present in Biblical times, and slaves were considered the property of their masters. I recently read an except by William Barclay about slavery in Peter’s day. Slaves fulfilled all sorts of jobs in the Roman culture. There were musicians, doctors, teachers and stewards along with those who performed menial household chores. The Bible gives instruction to both masters and slaves about how to live, in the setting of a community where slavery was common. However, the Greek word used in this passage is “oiketes”, meaning a “a household servant”. The word is different from the Greek “doulos”, used to describe a slave, or bond-servant who has no rights of their own.

Once again, we have a description of an authority to submit to, a reason for doing so, and instruction on how to submit in a godly way.

“The Greek verb (anthistimi) heretranslated resist means to oppose or withstand someone or to fight back. In other words, we are not to retaliate or seek to pay back people who do evil against us by insulting us or troubling us in small ways. Jesus was speaking about our attitude toward people who infringe on our personal rights or who cause us inconveniences. Jesus was not teaching against the principle of just retaliation in the legal court system.”

Here are some other verses which speak about enduring in suffering.

“Yes, and all who desire to live godly in Christ Jesus will suffer persecution.” [2 Timothy 3:12]

“And not only that, but we also glory in tribulations, knowing that tribulation produces perseverance; and perseverance character, and character, hope. Now hope does not disappoint, because the love of God has been poured out in our hearts by the Holy Spirit who was given to us.” [Romans 5:3-5]

“But I tell you not to resist an evil person. But whoever slaps you on your right cheek, turn the other to him also.” [Matthew 5:39]

“For to this you were called, because Christ also suffered for us, leaving us an example, that you should follow His steps: ‘Who committed no sin, nor was deceit found in His mouth’, who when He was reviled, did not revile in return, when He suffered, He did not threaten, but committed Himself to Him who judges righteously; who Himself bore our sins in His own body on the tree, that we, having died to sins, might live for righteousness – by whose stripes you were healed. For you were like sheep going astray, but have now returned to the Shepherd and Overseer of your souls.” [1 Peter 2:21-25]

Both wives and husbands are given instruction about submission to one another in marriage. Wives are encouraged to adorn themselves with a quiet and gentle spirit, and husbands, called to treat their wives with understanding and honour. 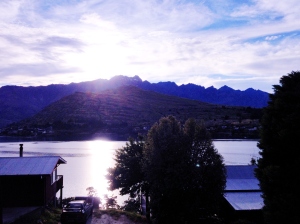 1. Let your testimony of living be a witness – respecting your husband, and living in purity

“Wives, likewise, be submissive to your own husbands, that even if some do not obey the word, they, without a word, may be worn by the conduct of their wives, when they observe your chaste conduct accompanied by fear.” [11 Peter 3:1-2]

2. Focus on dressing yourselves with inner beauty of the spirit, rather than outward adornment

“Do not let your adornment be merely outward – arranging the hair, wearing gold, or putting on fine apparel – rather let it be the hidden person of the heart, with the incorruptible beauty of a gentle and quiet spirit, which is very precious in the sight of God.” [1 Peter 3:3-4]

3. Remember the example of holy women, like Sarah – we too have the reward they received if we adorn themselves with holiness just as they did.

“For in this manner, in former times, the holy women who trusted in God also adorned themselves, being submissive to their own husbands, as Sarah obeyed Abraham, calling him lord, whose daughters you are if you do good and are not afraid with any terror.” [1 Peter 3:5-6]

“Husbands, likewise, dwell with them with understanding, giving honour to the wife, as to the weaker vessel, and as being heirs together of the grace of life, that your prayers may not be hindered.” [1 Peter 3:7] 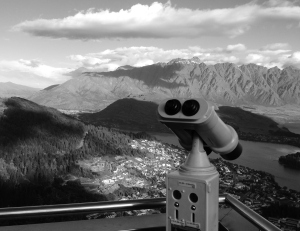 Submission to One Another

1 Peter 3:8-12 describes what it looks like to submit to one another in love, living in one mind, in the will of God and remembering God’s blessing to those who give blessing to others. This is the underlying purpose for our submission to various authorities on earth – that we bless others and stand as witnesses of God’s blessings.

“Finally, all of you be of one mind, having compassion for one another; love as brothers, be tenderhearted, be courteous; not returning evil for evil or reviling for reviling, but on the contrary blessing, knowing that you were called to this, that you may inherit a blessing. For

‘He who would love life
And see good days,
Let him refrain his tongue from evil,
And his lips from speaking deceit.
Let him turn away from evil and do good;
Let him seek peace and pursue it.
For the eyes of the Lord are on the righteous,
And His ears are open to their prayers;
But the face of the Lord is against those who do evil.’”