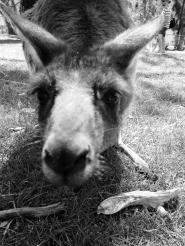 Last week, we looked at how William Wilberforce and Queen Esther influenced their nations as a prominent politician, and as royalty respectively. Joseph also influenced a nation, despite being a stranger in it. He eventually rose to be called “Father to Pharaoh”, but he first endured through injustice, and serving in the mundane. We can learn a lot from how Joseph responded to his circumstances.

The story of Joseph can be found in Genesis 37-50. Joseph is the favourite son of his father, having been born of Rachel, whom his father loved. His brothers are jealous of him because of the favour shown to him. In addition, Joseph boasts of some dreams of greatness and shares them with his family – in one dream, the sheaves of his brothers bowed down to his, and in another, the sun, moon and stars bowed down to Joseph. Joseph’s brothers so despised him that they planned to kill him. Thanks to the eldest brother, Reuben, Joseph’s life is spared but he is thrown into a cistern. Reuben secretly plans to bring him back to his father but before he can, another brother, Judah, suggests they sell him to some passing Ishmaelite traders. In this short amount of time, Joseph goes from privileged son, to slave in a foreign land.

There is no account of what happened to Joseph between being given to the Ishmaelites, and being sold as a slave in Potiphar’s household. I wonder what kind of abuse, discouragement and hopelessness Joseph may have faced being given up by his own brothers, and taken away from his family. Yet, from the account of Joseph working from Potiphar, it would seem that Joseph never lost his faith in God, and that he remembered the promises God had given him. Despite the injustice dealt him, Joseph must have made a decision to work as if for the Lord, regardless of the task. Genesis 39:1-5 recounts this testimony:

“Now Joseph had been taken down to Egypt. And Potiphar, an officer of Pharaoh, captain of the guard, an Egyptian, bought him from the Ishmaelites who had taken him down there. The Lord was with Joseph, and he was a successful man; and he was in the house of his master the Egyptian. And his master saw that the Lord was with him and that the Lord made all he did to prosper in his hand. So Joseph found favour in his sight, and served him. Then he made him overseer of his house, and all that he had he put under his authority. So it was, from that time that he had made him overseer of his house and all that he had, that the Lord blessed the Egyptian’s house for Joseph’s sake; and the blessing of the Lord was on all he had in the house and in the field.”

What a testimony! How will we respond to crises and injustice in our lives? Will we resign ourselves to hopelessness, or will we continue to hope in God, to work as if for Him, and to stand as witnesses and lamps of His glory on earth? Joseph was a stranger in a foreign land, but God was still with Him. 1 Peter 2:11-12 reminds us of how we can live lives that testify of Christ while we are strangers on the earth.

“Beloved, I beg you as sojourners and pilgrims, abstain from fleshly lusts which war agains the soul, having your conduct honourable among the Gentiles, that when they speak against you as evildoers, they may, by your good works which they observe, glorify God in the day of visitation.”

1 Peter continues, giving instruction about submission to authorities on earth – governors, kings, and masters. Hundreds of years before 1 Peter was penned, Joseph demonstrated this and gave glory to God.

Again, Joseph faces injustice. Potiphar’s wife desires him, but he remains loyal to God, and loyal to his earthly master, refusing to be near her. An opportunity arises where Joseph is alone in the house and Potiphar’s wife approaches him. As he flees, he leaves his cloak in her hand. She weaves a story of attempted assault and Potiphar becomes angry with Joseph, casting him into prison. Joseph chose to withstand the call of temptation, having in his heart, knowledge of a greater reward in God. (More on how Joseph overcame temptation: https://lostnowfoundk.wordpress.com/2012/12/05/potiphars-wife-when-temptation-calls/)

In prison, Joseph continued to have God’s favour, and we see this described in Genesis 39:21-23

Again, we see the impact of God’ favour upon Joseph. He is so reliant, and so prosperous in all he does, that his masters trust him completely. Some time later, the Pharaoh’s cupbearer and baker are thrown into prison. Both have dreams, and Joseph helps with the interpretation of them. The cupbearer is restored to his former position, serving Pharaoh, and the baker is killed. Joseph is not unaware of the injustice he has been through. He explains to the cupbearer that he was “stolen away from the land of the Hebrew; and also I have done nothing here that they should put me into the dungeon.” He asked the cupbearer to mention him to Pharaoh, that he might be freed, but the cupbearer initially forgets. He only remembers Joseph when Pharaoh has a dream that no one can interpret. Then, Joseph is brought forth and he interprets the dream, warning that there would be seven years of abundance, followed by seven years of famine. He then suggests that Pharaoh select “a discerning and wise man, and set him over the land of Egypt”. He suggests that this man could facilitate collection and storage of food during the seven plentiful years, so that there would still be a reserve of food to keep the land through the seven years of famine. Pharaoh selects Joseph for the task, saying:

“Can we find such a one as this, a man in whom is the favour of God? … Inashmuch as God has shown you all this, there is no one as discerning and wise as you. You will be over my house, and all my people shall be ruled according to your word; only in regard to the throne will I be greater than you.” [Genesis 41:38-40]

With this, Joseph becomes “Father to Pharaoh”, and he carries out his roles with great diligence so that Egypt prospers. Do people see Christ in us? Wherever he went, people saw Joseph’s character, a reflection of His God, and this was an incredible testimony that opened up many opportunities for God’s will to be done, and His glory to be revealed.

After all this, Joseph reunites with his brothers. In the encounters that come, we see how freely Joseph has forgiven his brothers, and how clearly he understands God’s purpose in his life. He continues to reassure them that he loves them and will provide for them, urging them to rejoice with him instead of feeling guilt.

Joseph also introduces his family to Pharaoh who makes allowance for Joseph’s family to have good land in Egypt and settle there. When he learns they are shepherds, he tells Joseph to appoint any competent ones of them to be chief shepherds of his flock. So, Pharaoh’s favour upon Joseph also extends to his family.

I was reading stories from Jewish survivors of the Holocaust, and I noticed how important it is to have an attitude like that of Joseph’s. Some Jews were given special permits to continue working and earning money, labelled as “Economically essential Jews”. They were able to save family members and other Jewish people from concentration camps at times, because of this permit. I wonder if some of these Jews may have been able to make a significant impact in the places they worked, despite the racial discrimination.

How can we be “Fathers to Pharaohs” in the world today? Like Joseph, we can do the following: