“Now it happened, on a certain day, that He got into a boat with his disciples. And He said to them, ‘Let us cross over to the other side of the lake.’ And they launched out. But as they sailed He fell asleep. And a windstorm came down on the lake, and they were filling with water, and were in jeopardy. And they came to Him and awoke Him, saying, ‘Master, Master, we are perishing!’ Then He arose and rebuked the wind and the raging of the water. And they ceased, and there was a calm. But He said to them, ‘Where is your faith?’ And they were afraid, and marveled, saying to one another, ‘Who can this be? For He commands even the winds and water, and they obey Him!’”

Mark and Luke both record Jesus’ suggestion to cross over to the other side of the lake. Matthew simply says He got into the boat and His disciples followed. Jesus gave instruction, and His disciples put it into action – obedience is the first step of faith. 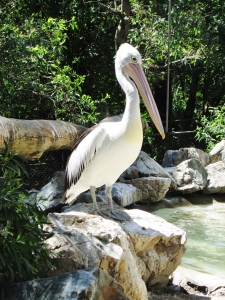 Now, during the journey, the disciples ran into trouble. A storm blew up, with the wind and waves shaking the boat, and crashing over into it. The gospels recount how the boat began filling with water, and became at risk of sinking. The disciples were awake, no doubt doing what they could to fight against the storm. Yet, their Master and Lord, Jesus, was asleep in the stern, that is, at the back of the boat. Why was Jesus sleeping? How could He sleep, when such a storm was raging? Mark records how the disciples woke Him, saying, “Teacher, do You not care that we are perishing?”

Jesus then arose and rebuked the storm. Mark records how He only had to say, “Peace, be still!” and the storm ceased. However great the storm may have been, Jesus was greater. Jesus turned its raging into calm in a moment, the rocking of the boat, to smooth waters. Jesus then asks a question to his disciples – “Where is your faith?”

The reaction of the disciples to Jesus’ response is one of fear and marveling. They said to one another – “Who can this be? For He commands even the winds and water, and they obey Him!” The Greek word used to describe this kind of fear is φοβέομαι (phobeó). This can be used to denote a deep reverence of someone or something.

So, what does this all mean? And why was it so amazing for the disciples to see Jesus command the winds and water? They had already seen Him turn water to wine, and heal many people. He had already demonstrated His command over these things – to give provision from absence, and create life from sickness. Yet now, Jesus created rest from the tempest. Did He care about the trouble facing his disciples when the storm struck? Yes, He did, and He cared also about their spiritual growth, their faith.

“Come to Me, all you who labour and are heavy laden, and I will give you rest. Take My yoke upon you and learn from Me, for I am gentle and lowly in heart, and you will find rest for your souls. For My yoke is easy and My burden is light.”

These words come just before the Pharisees accuse Jesus of allowing His disciples to do “what is not lawful to do on the Sabbath” (they were plucking heads of grain to eat since they were hungry). Jesus answers them, giving an example from the life of King David, then saying:

“Or have you not read in the law that on the Sabbath the priests in the temple profane the Sabbath and are blameless? Yet I say to you that in this place there is One greater than the temple.”

Jesus explains that He has authority over the Sabbath, and that the will of God in the Sabbath is “mercy and not sacrifice”. With this, He again explains God’s purpose behind the law, and how it is fulfilled in Christ – the One greater than the temple. If the Sabbath provided a temporary day of rest for believers, Christ offers an eternal rest in Him.

Hebrews 4:1 says “Therefore, since a promise remains of entering His rest, let us fear lest any of you seem to have come short of it.” The passage goes on to explain how those who hear the gospel but do not have faith to believe it will not enter this rest, but those who hear and obey God’s voice will enter it.

“There remains therefore a rest for the people of God. For he who has entered His rest has himself also ceased from his works as God did from His” [Hebrews 4:10]

When we cease from our works, we also submit ourselves to the will of God and enter His rest. His rest is found in salvation, in victory over sin, in identity and in purpose. It is found in His strength, in the His satisfying love, and in the intimate conversation He continues to have with us every day. In God’s rest, our eyes are trained upon God’s kingdom so that the temporal is just that, and the eternal is what matters.

What can we learn from the story of Jesus commanding wind and waves? We learn who He is as commander of true rest.

One thought on “Q&A: Commander of True Rest”