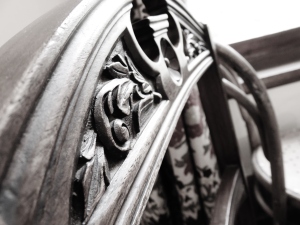 “Daniel in the lion’s den” – one of the most well-known stories in the Bible. One thing that stands out about the story is the peace and confidence in God that Daniel shows throughout this injustice. Daniel lived through the reign of Nebuchadnezzar, the fall of Belshazzar, and now served Darius the Mede who had taken over the Kingdom of Babylon. 120 satraps were set over the whole kingdom, and three governors, including Daniel, set over the satraps. The spirit of excellence in again distinguished him above the other governors and satraps of the country, so much so that Darius considered putting Daniel in charge of the whole realm.

Following this, we see the following events unfold:

The full story is seen in Daniel 6. We often see this story as evidence of God’s justice, and that He protects those who trust in Him. Looking more closely at this story, I notice yet a few more lessons we can learn – I have posed them as a series of questions.

1. WHAT KIND OF LIFE ARE WE LIVING ON EARTH?

Daniel’s enemies had difficulty trying to bring him down. Daniel 6:4-5 describes their dilemma:

“So the governors and satraps sought to find some charge against Daniel concerning the kingdom; but they could find no charge or fault, because he was faithful; nor was there any error or fault found in him. Then these men said, ‘We shall not find any charge against this Daniel unless we find it against him concerning the law of his God.””

This situation shows us a few destructive attitudes, and also gives us something to think about in the way we choose to live our own lives. 1 Peter 2:12 says we should live “…having your conduct honourable among the Gentiles, that when they speak against you as evildoers, they may by your good works which they observe, glorify God in the day of visitation.” Daniel lived such a good life in Babylon that no fault or charge could be brought against him legitimately. Instead, his enemies resorted to manipulating the laws of the land to challenge Daniel’s faith. John 15:18 says, “If the world hates you, you know that it hated Me before it hated you.” The men who plotted against Daniel did not fear God. When they sought to destroy Daniel, they also demonstrated their rejection of God. They also lied to their king when they suggested that “All the governors of the kingdom, the administrators and satraps, the counsellors and advisors, have consulted together to establish a royal statute and to make a firm decree…” [Daniel 6:7] Daniel, the most trusted governor, likely had not be involved in this consultation. When the men saw the king was wavering in his resolve to send Daniel to the lion’s den, they reminded him that the decree could not be revoked, appealing to the king’s need to uphold the laws of the kingdom, tied to his reputation as being able to make capable decisions of government. These men manipulated their king, rather than serving him. They knew they stood no chance of destroying Daniel by themselves so they rejected their roles as servants of the king, and sought instead, to hijack his power for their own evil purposes. These men, in places of authority, were not content to serve faithfully where they were. Daniel’s success made them jealous and bitter, and this attitude with its resultant actions ultimately destroyed not only themselves, but also their families.

So, what can we surmise from this? I think there are a few attitudes we can learn, and characteristics of God we can recognise:

“Fear God and keep His commandments,
For this is man’s all.
For God will bring very work into judgement,
Including every secret thing,
Whether good or evil.”
[Ecclesiastes 12:14]

2. HOW DO WE REMAIN STEADFAST IN GOD, IN THE DAY OF TROUBLE?

Staying steadfast in God comes with a lifestyle of knowing Him. Daniel 6:10 describes Daniel’s reaction to the signing of the royal statute that aimed against him.

“Now when Daniel knew that the writing was signed, he went home. And in his upper room, with the windows open toward Jerusalem, he knelt down on his knees three times that day, and prayed and gave thanks to God, as was his custom since early days.”

We do not know what Daniel said, whether he prayed softly or loudly, whether he had opposed the signing of the statute, or if he had known about it beforehand. However, we do know that Daniel’s faith was obvious to his colleagues who felt the only way to destroy him was to target this aspect of his life. We also know that Daniel had been praying regularly to God since early days. Coming before God and giving thanks to Him was not a new thing, not something Daniel only did in need or time of trouble, but it was his custom – a regular, and well-established part of his lifestyle. Daniel had an established relationship with God, and when faced with this tribulation, He continued in God’s way. He was not intimidated to close the windows and hide, and he was not ashamed to continue worshipping God as he had been throughout his time in Babylon.

If we are to remain steadfast in God, no matter what, we need to make a lifestyle of knowing Him. Then, when trouble comes, we will not be moved. Consider the following Psalms:

We need to know God if we are to be steadfast in Him. Yes, He gives grace, and He gives strength when we need it, but we really do need to invest in knowing God intimately. A few other examples:

Throughout the Bible, we are given instruction to “keep watch”. There is a day of tribulation coming, a day when many in the church will fall away and be deceived. If we do not really know God, then how will we remain steadfast in that day?

“Then they will deliver you up to tribulation and kill you, and you will be hated by all nations for My name’s sake. And then many will be offended, will betray one another, and will hate one another. Then many false prophets will rise up and deceive many. And because lawlessness will abound, the love of many will grow cold. But he who endures to the end shall be saved. And the gospel of the kingdom will be preached to all the world as a witness to all the nations, and then the end will come.” [Matthew 24:9-14]

Don’t wait for the day of trouble to call out to God. Give praise to Him now, and make it a lifestyle to follow Him in all His ways. 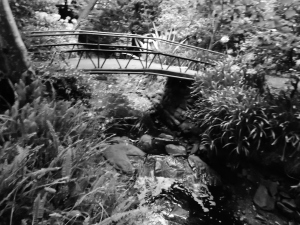 3. HOW DOES OUR TESTIMONY OF CONFIDENCE IN GOD WITNESS TO OTHERS?

Faith, and the peace of God, demonstrated in injustice bears powerful witness to others. Not only did was Daniel’s sincere faith evident in daily life, but it also withstood trials, even at risk of death. King Darius’ reaction to realising the danger to Daniel’s life is very different to Daniel’s own reaction. Darius becomes “…greatly displeased with himself, and set his heart on Daniel to deliver him; and he labored till the going down of the sun to deliver him.” When he was unable to find a way to save Daniel, Darius says to him, “You God, whom you serve continually, He will deliver you.” And the king then fasted, and was unable to sleep all night, being distressed about the situation.  The following morning, when the king rose early to check on Daniel and ask if his God had indeed delivered him, Daniel replies, “..O king, live forever! My God sent His angel and shut the lions’ mouths, so that they have not hurt me, because I was found innocent before Him; and also, O king, I have done no wrong before you.” [Daniel 6:22] This is the first, and only, recorded defense Daniel gives in light of his accusation. We are not told if Daniel struggled or not, or if he said anything else in his defense – we are left to deduce these things, knowing of Daniel’s faith and how he lived it out.

“In this you greatly rejoice, though now for a little while, if need be, you have been grieved by various trials, that the genuineness of your faith, being much more precious than gold that perishes, though it is tested by fire, may be found to praise, honour and glory at the revelation of Jesus Christ, whom having not seen you love. Though now you do not see Him, yet believing, you rejoice with joy inexpressible and full of glory, receiving the end of your faith – the salvation of you souls.”

When Daniel was taken out of the den, he was found to have no injury on him “because he believed in his God.” [Daniel 6:23] Darius then passes a decree that glorifies God, his own faith in God strengthened because of Daniel’s testimony.

“I make a decree that in every dominion of my kingdom men must tremble and fear before the God of Daniel. For He is the living God, And steadfast forever; His kingdom is the one which shall not be destroyed, And His dominion shall endure to the end. He delivers and rescues, And He works signs and wonders In heaven and on earth, Who has delivered Daniel from the power of the lions.”

The demonstration of faith, sincere and steadfast, full of peace and confidence in knowing a God who saves, has time and time again witnessed to many. There are many martyrs, and suffering missionaries, whose stories continue to inspire and usher people towards God, even today. Let us have a faith, tested by fire, that is found to praise, honour and glory at the revelation of Jesus Christ!