Daniel’s visions make an interesting topic of discussion. If you were to google them, you would find a plethora for diagrams, descriptions and lectures on what they mean, how they were fulfilled and with whom, where or when they correspond. There are many people who have spent much time studying the historical nuances of these prophecies and I am not going to go into them here. Instead, I would like to focus on the way Daniel converses with and responds to God. There is a real sense of intimacy we see here, what I would call an honesty in conversation. As Daniel writes down the visions and revelations he receives, we can also note the following things:

To explore these points further, we are going to look at RECEIVING, RESPONDING to, and RECOGNISING revelation.

RECEIVING REVELATION:
What is Daniel doing at the time of receiving revelation?

We are given a few glimpses at the life of Daniel, times at which he received revelation. Daniel 7:1 reports that Daniel “… had a dream and visions of his head while on his bed…” Daniel 10 says that Daniel had spent three weeks in fasting when he saw a glorious vision which caused the other men with him to flee so that he was left alone, and “…in a deep sleep on my face, with my face to the ground.” Daniel 9 describes how Daniel  was “…speaking, praying, and confessing [his] sin and the sin of [his] people Israel, and presenting [his] supplication before the Lord [his] God for the holy mountain of [his] God.” This was in the context of Daniel understanding the words of the prophet Jeremiah concerning seventy years of desolation in Jerusalem. He responds to this revelation by turning to God and interceding on behalf of the people.

“Then I set my face toward the Lord my God. And made confession, and said, ‘O Lord, great and awesome God, who keeps His covenant and mercy with those who love Him, and with those who keep His commandments, we have sinned and committed iniquity, we have done wickedly and rebelled, even by departing from Your precepts and Your judgement…” [Daniel 9:3-5]

As the book of Daniel records the visions Daniel receives during his time in Babylon, we see once again the faithfulness of Daniel to God in his everyday life. The kings of Babylon change, the administration of the cities might change, but Daniel remains a strong follower of his God, and the spirit of excellence continues to dwell in him. God’s response to Daniel’s supplication is one which highlights the intimate relationship Daniel has with God. The angel Gabriel is sent to him swiftly and says, “O Daniel, I have now come forth to give you skill to understand. At the beginning of your supplications the command went out, and I have now come to tell you, for you are greatly beloved; therefore consider the matter, and understand the vision.” [Daniel 9:22-23] The Lord tells Daniel that he is “greatly beloved” and will be given understanding of God’s mind – things that will come to pass. When Gabriel told Mary she would bear the Messiah, he also called her “highly favoured one” [Luke 1:28] When Jesus was baptised and the Spirit of God rested on Him, a voice was heard to say, “This is My beloved Son, in whom I am well pleased.” [Matthew 3:17] It seems that God shares His plans with those who are beloved, and well loved by Him. We know that God loves every person in the world with an unrelenting love, but we also know His heart is moved by those who seek Him. Proverbs 8 speaks about the excellence of wisdom which dwells with God. Verse 17 says:

“I love those who love me,
And those who seek me diligently will find me.”
[Proverbs 8:17] 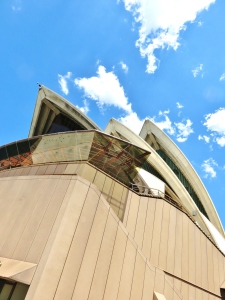 Daniel places himself in a position to receive revelation from God because he loves God and seeks him. He make a lifestyle of humbling himself before God and takes time to come before the Lord, whether in crisis (like when Nebuchadnezzar sought to kill all the wise men of Babylon), in daily life (as was clear to the jealous satraps who worked with him), with intercession, or with thanksgiving. The revelations he receives are not just literal prophecies of times to come, but also understanding of God’s nature, and the representation of His glory. On multiple occasions, Daniel is overwhelmed but what he sees – he falls on his face, he becomes speechless and he cries out to the Lord because of the knowledge of God that he receives.

What can we do to place ourselves in a position to receive revelation of God?

RESPONDING TO REVELATION:
How does Daniel respond to the glory and mysteries of God?

We see a couple of responses Daniel has when he receives visions and revelations from God:

If I were to summarise the effect of God’s visible glory on Daniel, I would describe it like this:

Daniel, in his heart, longs to understand more of God, and more of His plans. Yet, in his human body, he can hardly behold the full glory of God – the glimpses he sees overwhelm him. Daniel cries out to God, and God increases his capacity to understand him and his mysteries. His responses to seeing the glory of God remind us of how magnificent and omnipotent God is. This is God whose light shines brighter than the sun, and whose light is enough to shine over the whole earth so that there is no darkness anywhere.

When Daniel responds to God, he is honest about his weakness. He sees the power of God and he sees his own weakness. Yet, this does not cause him to give up on understanding what God shows him, nor does it cause him to hide in fear. Instead, Daniel continues to ask questions and to speak with God. The Bible describes how Daniel “wished to know the truth”, “was seeking the meaning”, how he “heard, [but] did not understand”, yet asked, “My lord, what shall be the end of these things?” In Daniel 10:12, we are given insight into the heart of Daniel.

“…Do not fear, Daniel, for from the first day that you set your heart to understand, and to humble yourself before your God, your words were heard; and I have come because of your words.” [Daniel 10:12]

One way in which Daniel responds to the revelation of God, is that he sets his heart to understand. He is not frightened, and he does not give up, but he earnestly seeks God, and desires to understand all of who He is.

Daniel also shows that he grows in relationship with God as he receives revelation. We see this in how he speaks back his revelation of God – that He has “great mercies”, is “great and awesome”, “keeps His covenant and mercy with those who love Him and with those who keep His commandments”, and that God has “strengthened [him]”. Another way Daniel responds to the revelation of God, is to speak back to God the mysteries and understanding revealed to him. He worships God. Not only does it consolidate what God has done, but it builds faith in Daniel, and intimacy in his relationship with the Lord, as he is declares who God is.

Let us, like Daniel, set our hearts to understand, and to humble ourselves before God. Let us recognise His strength, and His grace. Let us fall before Him in worship, and declare all that He is, and all He has done.

“O God, You are my God;
Early will I seek You;
My soul longs for You
In a dry and thirsty land
Where there is no water.
So I have looked for You in the sanctuary,
To see Your power and Your glory.”
– [Psalm 63:1-2] 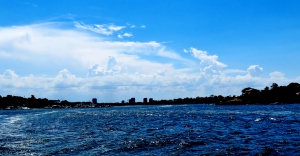 RECOGNISING REVELATION:
How does God respond to Daniel?

God reveals His character as He responds to Daniel’s seeking. The revelation Daniel receives is much more than a vision or dream – it is the revelation of who God is. God sees Daniel’s desire for understanding and commands that he should indeed understand more. He is swift to respond, speaks truth, strengthens and tells Daniel who he is – “greatly beloved”, that he “shall rest, and will arise to [his] inheritance at the end of days.” What revelation of God can we glean simply from looking at the way God interacts with Daniel? Here are some of my reflections.

“And we know that the Son of God has come and has given us understanding, that we may know Him who is true; and we are in Him who is true, in His Son Jesus Christ. This is the true God and eternal life.” [1 John 5:20-21]

In the end, as we read through the lives and decisions of Daniel, Shadrach, Meshach and Abednego, one thing shines through. The stories of their faith, character, challenges and perseverance all point to one thing – that is, the character of the TRUE, ALL-KNOWING, and ALL-POWERFUL God. Do you know who He is?